I was excited to trial a disposable camera for the Indisposable Concept (1 roll of film, 1 week, 24 moments), but on this first film most of the shots were too underexposed to use – even for an 800asa film, which was in all probability caused by a faulty shutter. I still wanted to expose a roll of film for the project, so purchased a different type of disposable camera and decided to dive it a second try. I was about to embark on a few days excursion to the New forest, so packed the little Fuji single use camera to see if this one would perform better at recording scenes from the week. I found it to be an enjoyably simple little camera to use. The viewfinder is bright, although without parallax lines, so with closer subjects would require a little bit guesswork. There is nothing to set, however, just wind on; decide whether flash is required (which I did not actually need throughout); and shoot.

Once all the exposures were used, I sent the camera and the film it contained to be developed, then awaited the results with some trepidation. When I got the processed film back, I was really surprised how well exposed, bright and colourful the contact sheet was. On inspection of the scans, the little Fuji had really performed rather well, considering it’s tiny lens and simple construction. I’m delighted to at last have 1 roll of film, 1 week, 24 moments (27 actually) to share with the project from this little impromptu road trip. 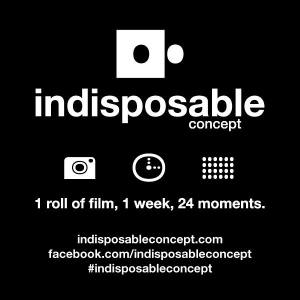 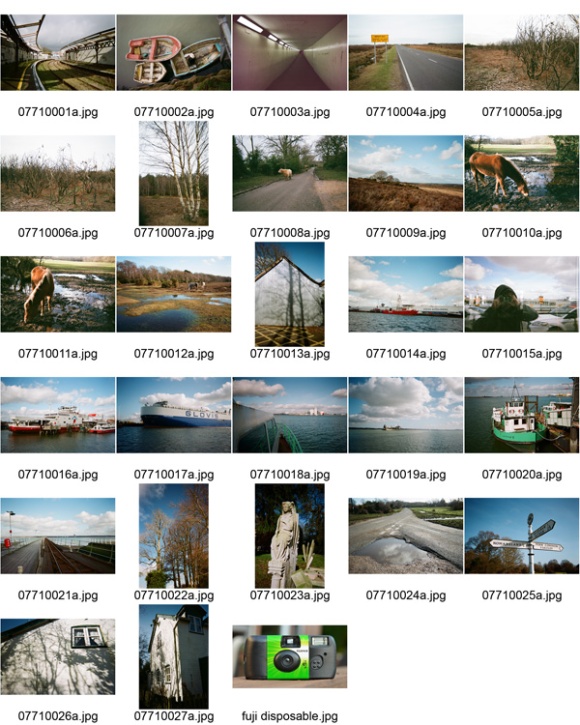 My images often develop out of quick sketches, inspired by many things such as a dream, a feeling, something suddenly remembered, a song, or a particular experience. With a palette of diverse figurative elements, I explore emotional responses to life, colour, pattern and language.

My work creates a juxtaposition of dreams, realities and sensations, fleeting moments from life inspired by my own experiences. I explore a sense of empathy for existing across different places and times, examining personal sensations of deja-vu, while moving through times, locations, and states of being, without a fixed linear chronology.

My artwork has been commissioned and represented in various publications, with solo and group exhibitions showing in the UK, France, Holland, Spain, Germany, Italy, Canada and the USA.